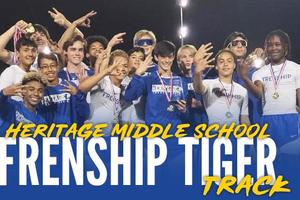 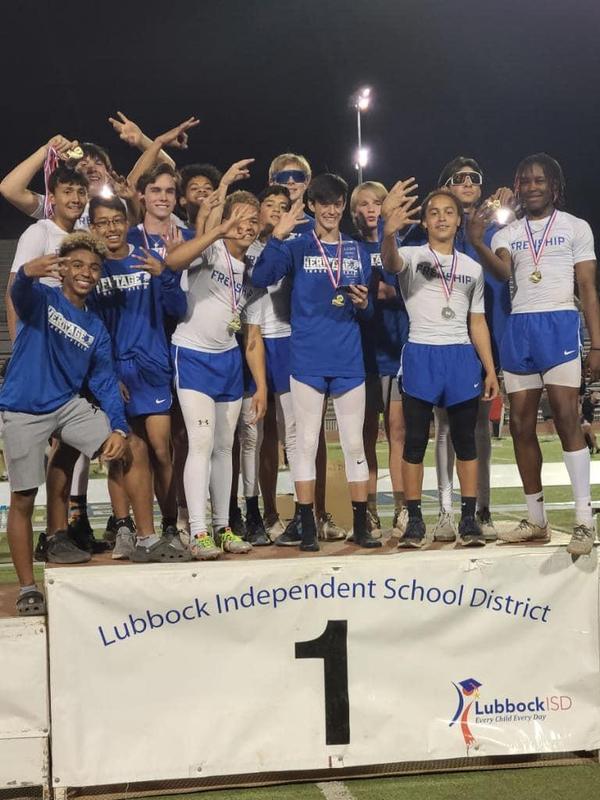 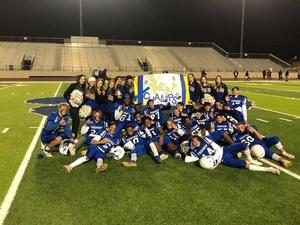 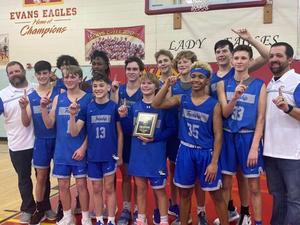 For the first time in Frenship history, an 8th grade middle school team has taken home the championship in all Lubbock County Middle School athletic competitions.
The eighth grade boys teams at Heritage Middle School started the 2021-2022 school year with one goal in mind. They wanted to sweep the Lubbock County Middle School athletics competitions consisting of football, basketball and track.
Heritage Middle School Boys Athletics Coordinator Alex Sanchez said each year right after track season is over, the seventh grade teams are already thinking about how to improve in eighth grade. These boys were certainly no different.
"We talked about sweeping the main sports competitions this year," Sanchez said. "It was their main goal last year as seventh graders. They were runners-up in basketball last year, and had a lot of success in track, so they set a goal of sweeping as eighth graders."
Sanchez explained that each year 14 schools from Lubbock County participate in the Lubbock County Middle School athletics competitions, consisting of football, basketball, and track for the boys and volleyball, basketball, and track for the girls.
"All Lubbock ISD middle schools are a part of it, as well as the two Lubbock-Cooper middle schools," Sanchez said. "We always relish the opportunity to go up against our friends at the different Lubbock and Lubbock-Cooper schools."
This year the Heritage eighth grade boys came in first place in all of the Lubbock County Middle School competitions. In football they competed against Dunbar in the City Championships and for the third year in a row, took home the gold. In basketball they also competed against Dunbar in the championship game and took home the W. In track, the eighth grade boys dominated the competition and took home first overall.
"We always talk about how pressure is a privilege," Sanchez said. "It means something big is expected of you. We try to tell the boys we need to put ourselves in a position of pressure where we are competing for the championship against another team. I like to make sure we are preparing them for the 6A level that they are getting ready to encounter in high school."
Sanchez said he and his coaching staff believe that it is important for them to prepare them to not only be great future Frenship High School athletes, but also good people.
"I would say that our kids work ethic is second to none," Sanchez said. "They have earned their success and even though the championships are over, our eighth graders are still hustling and still working hard every day. It has been awesome to see their buy in as hard-working athletes. I hope in high school they can go in and help out as many of our programs as possible, but even further, I hope they grow up to be great young men and they use athletics as a tool to build their character and develop into better people overall."
Print